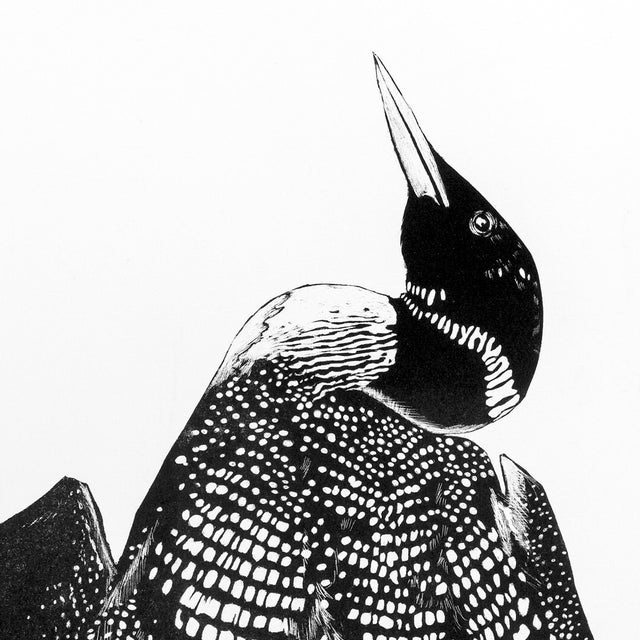 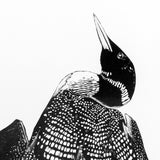 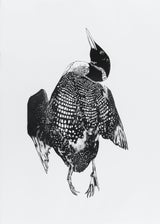 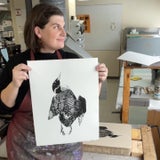 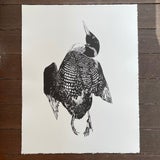 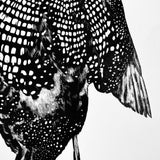 This is a delicately carved Manière Noire lithograph. The process is laborious and complicated but the outcome is unique- unlike any other type of printmaking. The common loon is a widely loved bird around the Great Lakes regions in the United States and Canada. However, each year hundreds of loons die from type-E botulism, a bacterial disease that paralyzes and kills them. It's suspected this is directly related to climate change and algae blooms in the Great Lakes. In October 2012, there were 694 botulism deaths in one month. This type of botulism affects many different types of birds, but none are as iconic as the common loon.

Fun fact: I got permission to use a reference photo of a common loon from a man named George in Minnesota. The bird in the picture appeared dead but it turns out it was rescued and rehabilitated. So, while I wanted to depict death to raise awareness for botulism in the Great Lakes, it turns out I selected an image depicting a loon that persevered and survived with the help of kind and loving humans.