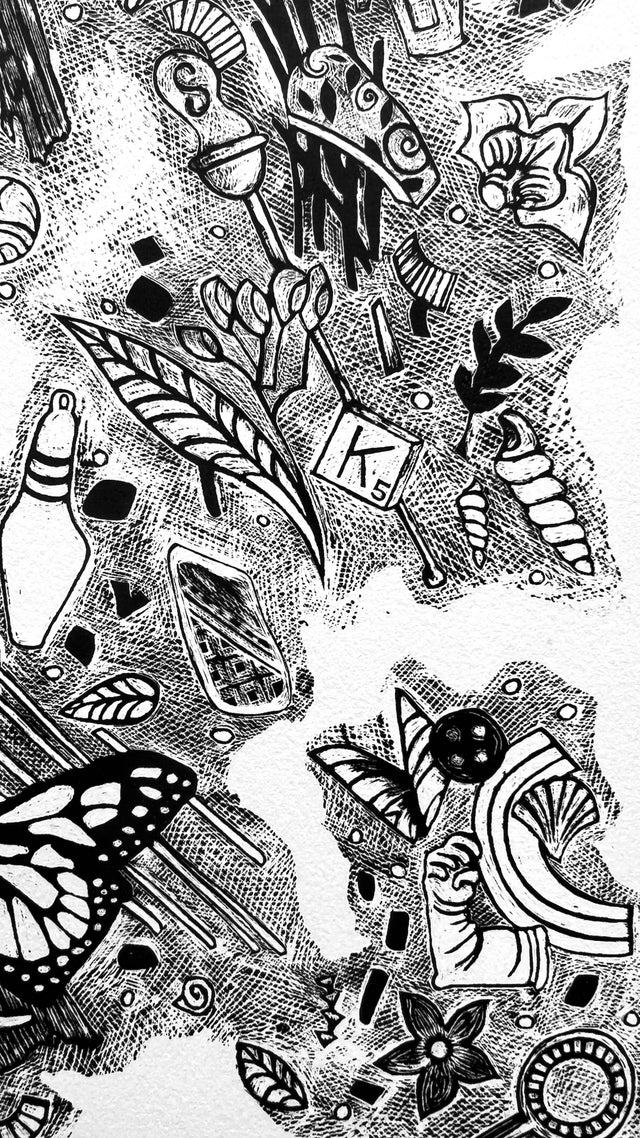 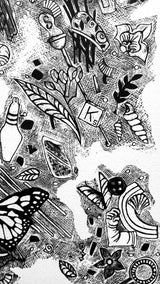 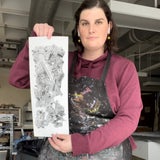 I only have a limited number of these prints available now, but I'll be printing more soon. Thank you for supporting my work and seeing the beauty in the detritus from the shore.

Link to my tiktok video for making this manière noire lithograph print!

Along the Great Lakes, where the waves meet the beach on the margin of the shore, I collect various specimens the lake has turned over to the sandy perimeter. Each object, strewn haphazardly along the sand, is a piece of the story. A narrative begins to form amongst the found materials: beach glass, flat shale, driftwood, cigarettes, nurdles, feathers, black sand, dune roots, plastic, shells, balloons, beetles, cigar mouthpieces, face masks, straws, crinoid fossils, more plastic, rusty crawfish claws, bones, toy army men and fishhooks. Much of this evidence tells a deeper truth as to what is going on at the heart of Great Lake’s waters, such as the sharp white shells of zebra and quagga mussels, found indiscriminately amongst the lake detritus.